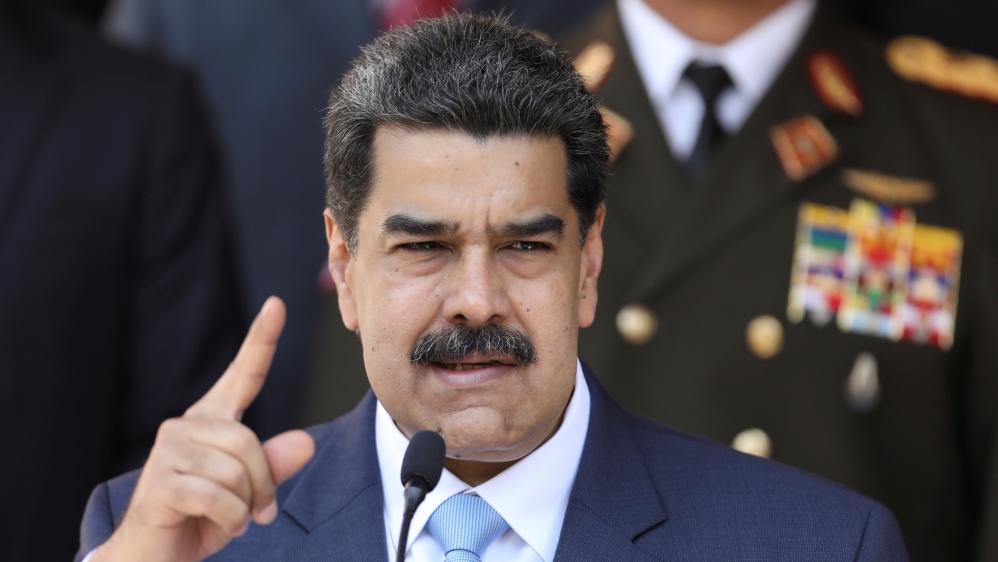 There are reasonable grounds to believe that Maduro and his home and defense ministers ordered or contributed to the crimes documented in the report to silence the opposition, investigators said.

Specifically, they had information indicating that Maduro had ordered the director of the national intelligence service SEBIN to detain opponents “without a judicial order,” Francisco Cox of the UN fact-finding mission said at a briefing. Press.

The report was based on more than 270 interviews with victims, witnesses, former officials and lawyers, and confidential documents.

They included the former head of the National Intelligence Service, General Christopher Figuera, whose testimony was corroborated, according to the report.

Most illegal killings by security forces and state agents have not been prosecuted in Venezuela, where the rule of law and democratic institutions have collapsed, investigators said.

They said other domestic jurisdictions and the International Criminal Court, which opened a preliminary examination on Venezuela in 2018, should consider prosecution.

The investigation committee said it would share its database containing the names of officers identified by the victims, including 20 officers from SEBIN and 25 from the military intelligence agency DGCIM.

“The mission found reasonable grounds to believe that Venezuelan authorities and security forces have since 2014 planned and carried out serious human rights violations, some of which – including arbitrary killings and the systematic use of torture – constitute crimes against humanity, “said Marta Valinas, chair of the panel. said.

The panel found that military, police and intelligence officers had committed extrajudicial killings and called on the government to disband the special action police forces known as FAES.

The panel said it had reasonable grounds to believe that intelligence services tampered with or filed evidence on the victims and that its agents tortured detainees. Among them were opposition lawmaker Fernando Alban, who the government said committed suicide in 2018 but whose party claimed to have been assassinated.

Gruesome report citing illegitimate regime’s crimes against humanity in #Venezuela. The world must unite to end these atrocities. https://t.co/taEUYqhCbr

Navy Captain Rafael Acosta is believed to have died as a result of torture in the custody of the military intelligence agency DGCIM last year, UN experts have said.

The panel, set up by the United Nations Human Rights Council to investigate violations since 2014, has not been allowed access to Venezuela. More than 5 million people – one sixth of the population – have fled the country political, economic and humanitarian crisis.

Jorge Valero, Venezuelan Ambassador to the United Nations in Geneva, told the forum on Tuesday that the government is cooperating with the separate office of the United Nations High Commissioner for Human Rights Michelle Bachelet, including to facilitate prison visits .

Valero denounced the latest sanctions imposed by the Trump administration, which he said “were causing suffering and death to the Venezuelan people.”

The United States, along with dozens of other countries, recognizes opposition politician Juan Guaido as Venezuela’s legitimate interim leader.

The Venezuelan Foreign Minister on Twitter reiterated the country’s cooperation with Bachelet’s office and said the report was “plagued by lies, prepared at a distance, without any methodological rigor”, and “illustrates the perverse practice of to engage in politics with human rights and not with the politics of human rights. “.

US Secretary of State Mike Pompeo, however, called the report “extraordinary” during a phone call with journalists.

“I hope this will have an impact on any government that reflects on its policy towards the Maduro regime,” Pompeo said.

The report revealed that the Venezuelan state apparatus has responded with repressive tactics to the intensified opposition protests, particularly after Maduro’s re-election in 2018 amid an outcry over the results.

“The security forces used deadly force against the victim when it was not strictly inevitable to protect lives,” the report said. “Security forces also used less lethal weapons, which resulted in the deaths of protesters.”